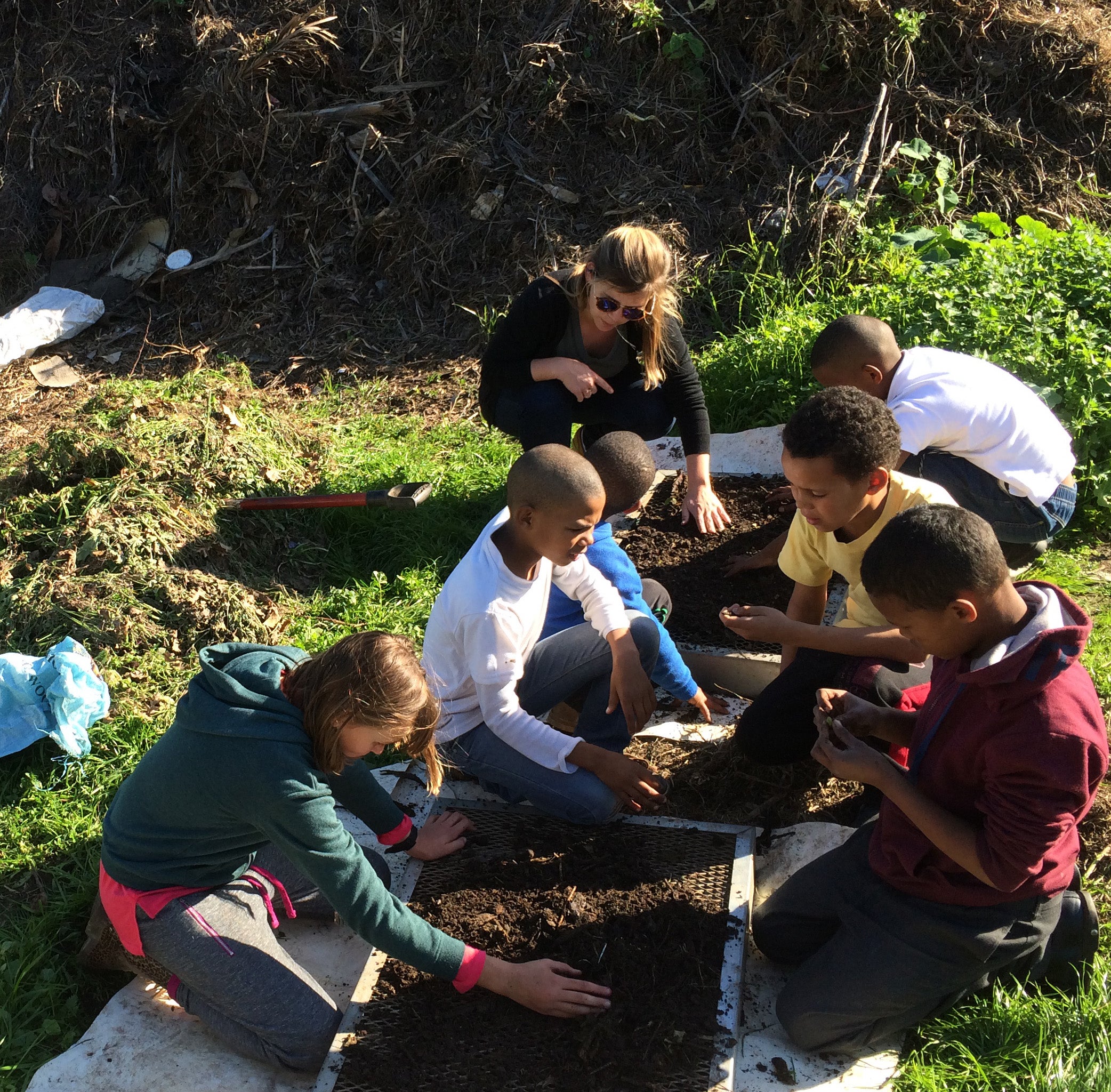 From collaborations with John Hancock Insurance and high-profile events with Food Tank, to activity on Capitol Hill and student achievements at Tufts University and beyond, we've been reaching far beyond the school to work on innovative ways of affecting positive change across sectors.

On the afternoon of March 2nd, by invitation of Congressman Jim McGovern (D-MA-2), we empaneled and held a briefing entitled Hunger, Nutrition, and the Military: Are We Fit to Fight? for the 80+ member House Hunger Caucus, of which Rep. McGovern is co-chair. Dean Dariush Mozaffarian kicked off and moderated discussion by our panelists which included Josh Protas, Vice President of Public Policy, MAZON; Col. Dave Osborne USA (Ret.), Founding Deputy National Director, Mission: Readiness; and Susan B. Roberts, PhD, Professor, Friedman School of Nutrition Science & Policy at Tufts University. The event was a huge success, standing room only with nearly 40 Congressional staffers, federal agency leaders, and advocates. You can read more about the nutritional needs and readiness of the military in the most recent Tufts Nutrition Magazine.

Jerold R. Mande is a Professor of the Practice, at the Friedman School, and a Senior Fellow at the Jonathan M. Tisch College of Civic Life at Tufts University. He leads the School's Public Impact Initiative, and his scholarship focuses on creating policy change to impact public health. Norbert Wilson is a Professor of Food Policy at the Friedman School and his research centers on food choice, especially among individuals living with low incomes, and food waste.

The Bipartisan Policy Center describes themselves as a non-profit organization that combines the ideas from both parties to promote health, security, and opportunity for all Americans. In 2017, the Bipartisan Policy Center launched a 13-member task force to explore strategies for promoting healthy nutrition through public programs and policies related to food and health.

The task force focused on opportunities to strengthen and improve the Supplemental Nutrition Assistance Program (SNAP), which currently provides food assistance to more than 40 million Americans each month at an annual cost of approximately $70 billion. As the nation’s largest food program, SNAP and its predecessor, the Food Stamp Program, have played a vital role in alleviating hunger and poverty in the United States for decades.

The task force report, released on Monday March 12th, laid out a set of fifteen recommendations in four distinct areas:

Learn more about the report from our school website!

The Friedman School was proud to collaborate with John Hancock as they expanded the John Hancock Vitality solution to include a new nutrition benefit, HealthyFood. We are helping to provide guidance and expertise to help ensure that John Hancock policyholders have access to cutting-edge, useful nutrition information and evidence-based rewards and incentives to facilitate healthier food choices. Live More, the exclusive magazine for John Hancock Vitality members features articles and nutrition insights written and reviewed by researchers and scientists based at the Friedman School and the HNRCA. Online access to our subscription-based publication the Tufts Health & Nutrition Letter is also provided through the HealthyFood program to all Vitality members, John Hancock employees, and select policyholders.

The Friedman School collaborated this year with Food Tank and Oxfam America to host a Boston summit which focused on investing in discovery. The event took place on Tufts’ Health Sciences Campus in Boston and featured more than three dozen speakers, including Boston chef Jody Adams; U.S. Rep. Jim McGovern, D-Mass., co-chair of the House Hunger Caucus; Tufts faculty members; food company reps; and a California rancher and pork producer. We look forward to collaborating on another Boston Food Tank summit in April of 2018, to be held at the Royale, just down the street from the Friedman School.

Students at the Friedman School don't wait until they graduate to make an impact. Many of them have already been doing work that creates a brighter world before they attend the school and some find new passions when they start their academic work and see the vast number of specializations the School offers in the world of nutrition science and policy.

Running For a Cause

Caitlin Matthews, N17, was chosen by lottery to take part in the 2017 Tufts Marathon Team back in December 2016.  For the 15th year in a row, Tufts Marathon Team’s participation in the Boston Marathon has been made possible through a partnership with John Hancock. There are a limited number of spots (or bibs) available, and if fundraising efforts prove to be a success, John Hancock will be increasing the number of available bibs for the next three years to fifty.

Comprised of 34 runners, the Tufts Marathon Team is an amalgam of students, staff, faculty, alumni, and friends of Tufts. Friedman Alumna Claire Whitney, N16, rounded out the roster of Friedman School participants. Students have a fundraising goal of $1,500 each, and all other runners are expected to raise a minimum of $5,000 each. The funds raised by the Tufts Marathon Team will go toward supporting student activities and initiatives at the Friedman School.

An active and athletic person her whole life, Matthews says her decision to run the Marathon was influenced by her love of her time studying in Boston and a desire to participate in this iconic Boston event: “Joining the Tufts Marathon Team was my way to honor the time I’ve lived here, and the great experiences I’ve had,” she said.  “Training for this has been a really enjoyable, lovely experience—most people don’t think that running these long distances each week would be enjoyable, but you end up getting to know people from the Tufts community you’ve never met before, and having great conversations. There’s a lot of really determined people involved.”

“I want to say just how lucky I’ve been to have the opportunities I’ve had while at Tufts,” said Matthews. “Due to the funds raised by the Tufts Marathon Team in past years, I’ve been able to collaborate and work with many great professors and alumni.”

The 2018 Boston Marathon is fast approaching, and we are excited to celebrate our 16th year running.

Aid For Africa - Links Between Climate Change and Nutrition

When Bridget Carle’s plane landed in Johannesburg, South Africa, this past May she was ready to learn about a range of issues related to malnutrition. What she didn’t expect was what she learned about the link between climate change and malnutrition.

“There has been a sharp increase in obesity rates in South Africa,” Carle said. “Simultaneously, a significant portion of the population is undernourished.” South Africa is not alone in this conundrum. Many countries around the world are still struggling to ensure adults and children have adequate food and now face a newer problem of rising obesity rates, she said.

According to Carle, South Africa’s rise in obesity is linked to increased purchases of less healthy, processed foods, which have few nutrients and high amounts of sugar, salt and saturated fat. Food corporations are making processed foods readily available to people who are seeking convenience, particularly those in urban areas. “More than 60 percent of South Africa’s population lives in the cities,” she said. Want to learn more? Read about Aid for Africa and the work Carle did on their blog.

The Tisch Summer Fellows (TSF) program offers substantive internships that allow Tufts students to gain real-world skills, grow their networks, and explore career paths while building stronger communities on a local, national, or international level. TSF fellowships are available for undergraduate, graduate, and professional school students. This summer, 4 students from the Friedman School (out of 63 total completed internships), participated in the program and were able to gain meaningful experience while working as active global citizens that make up the stellar student body here at the School. 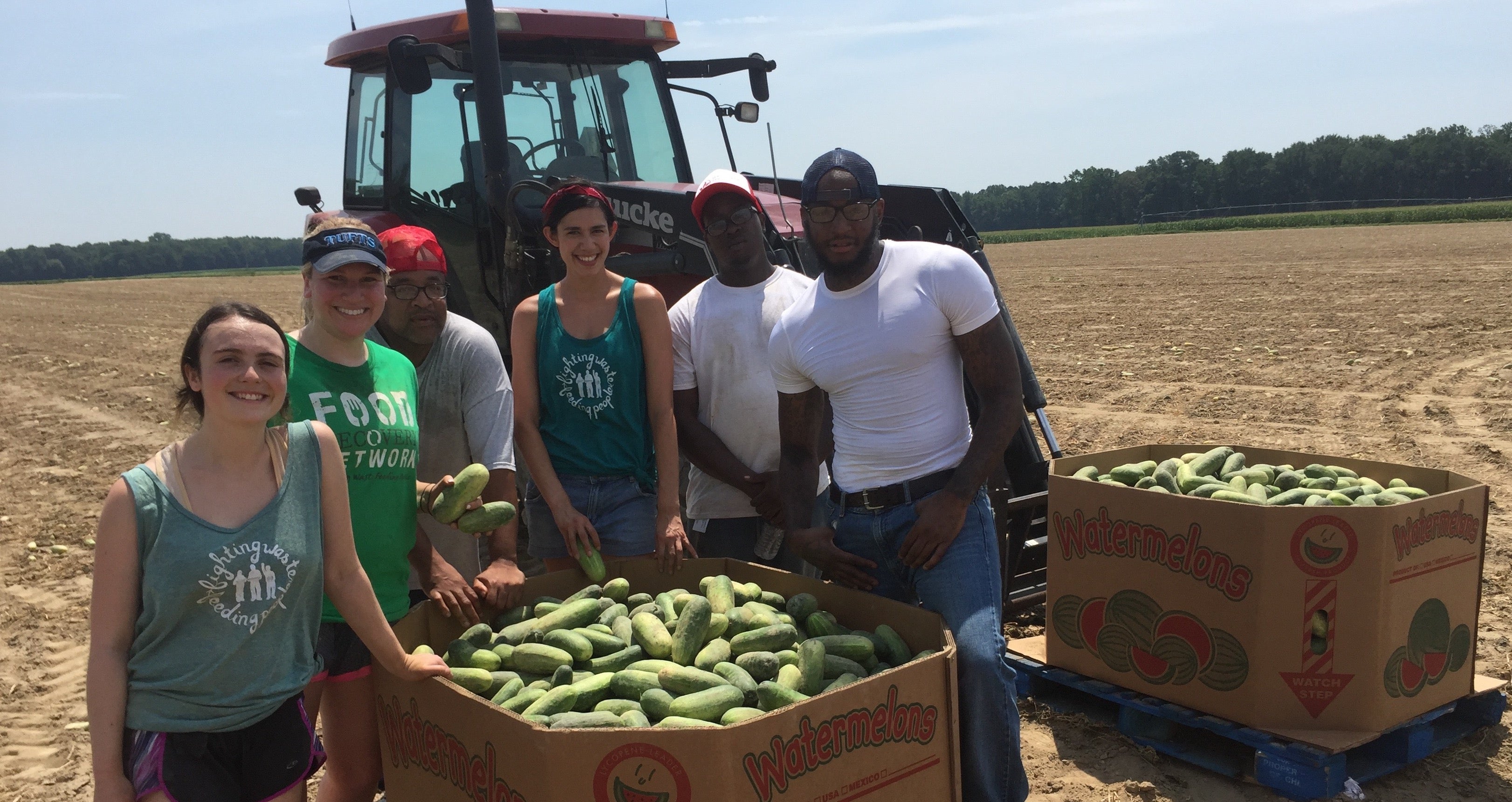 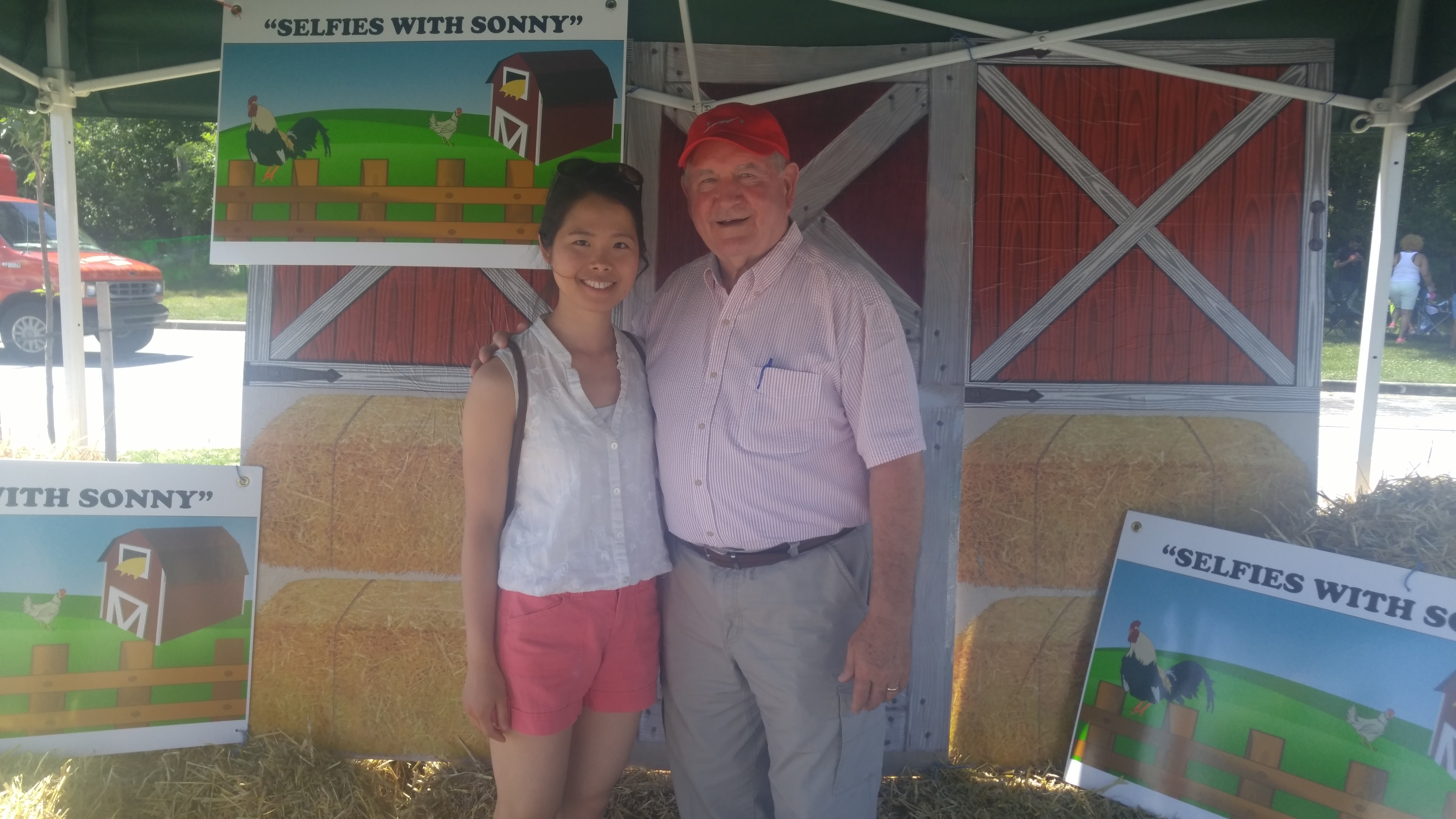 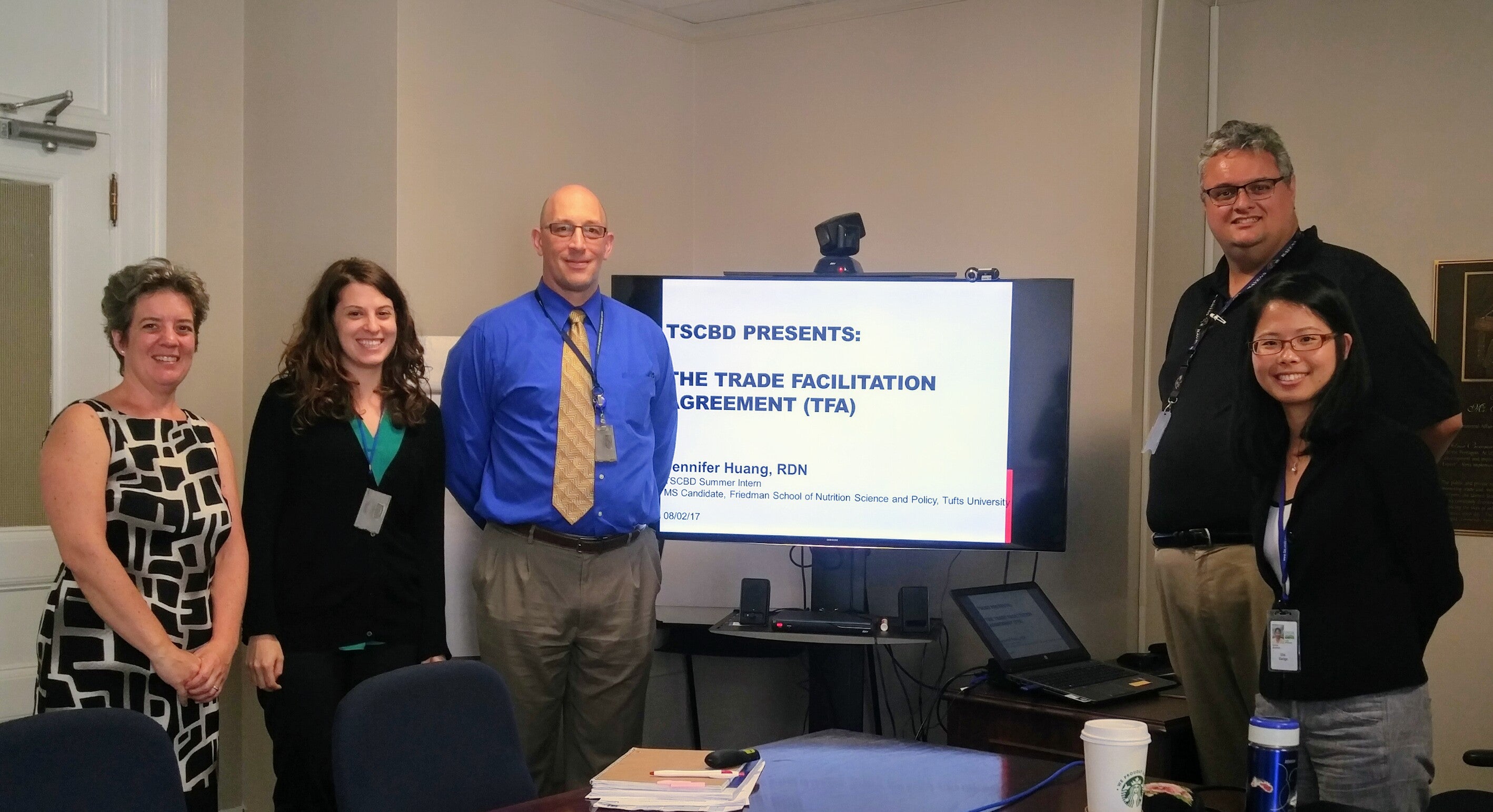 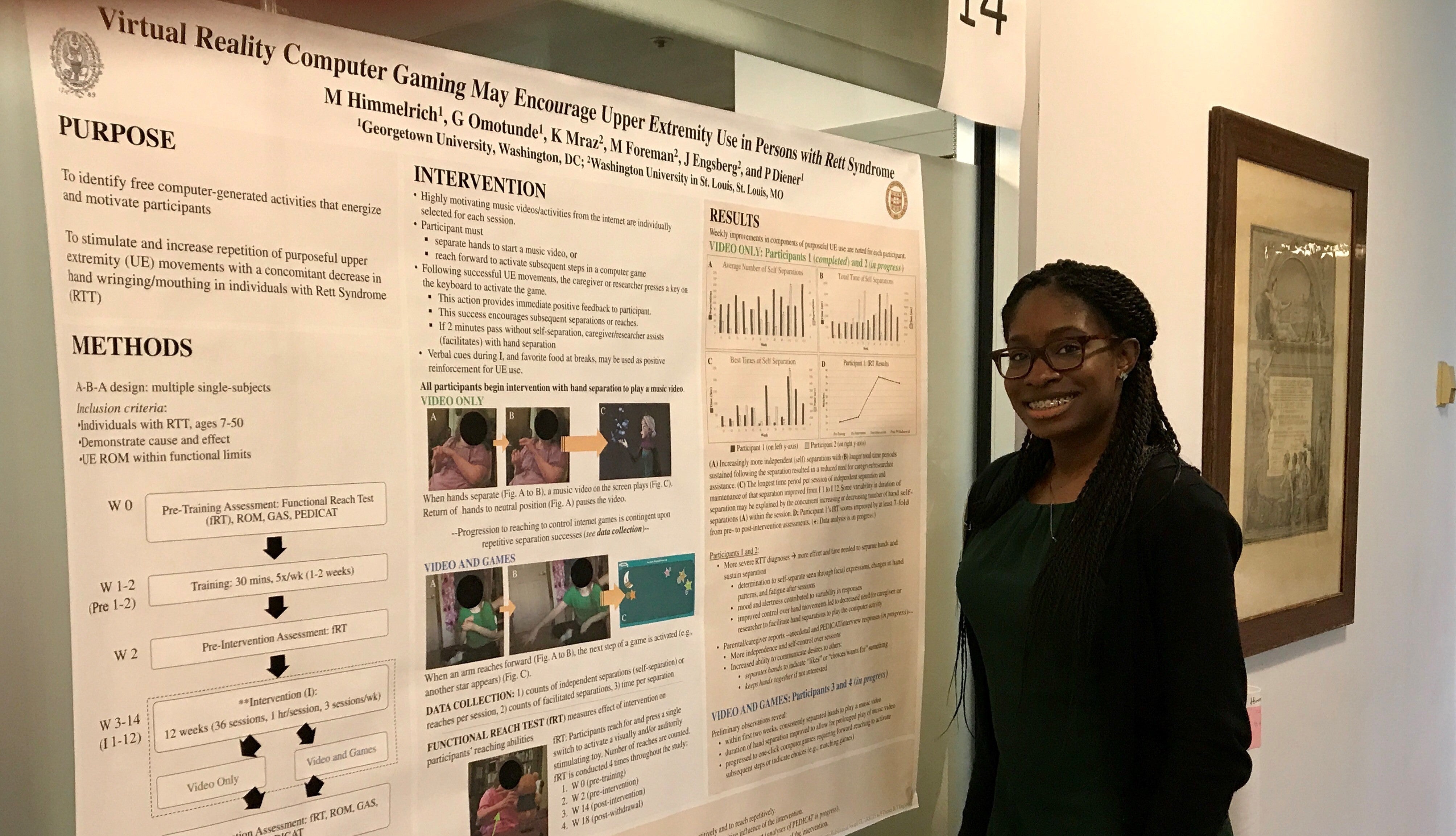 In partnership with Tufts University's graduate and professional schools, Honos Civicus celebrates and publicly recognizes graduating students who have demonstrated an exceptional commitment to civic engagement and leadership during their studies. Inductees have the opportunity to celebrate and reflect on their community involvement while joining other professionals who share a meaningful, continued commitment to civic life and social impact through their careers.