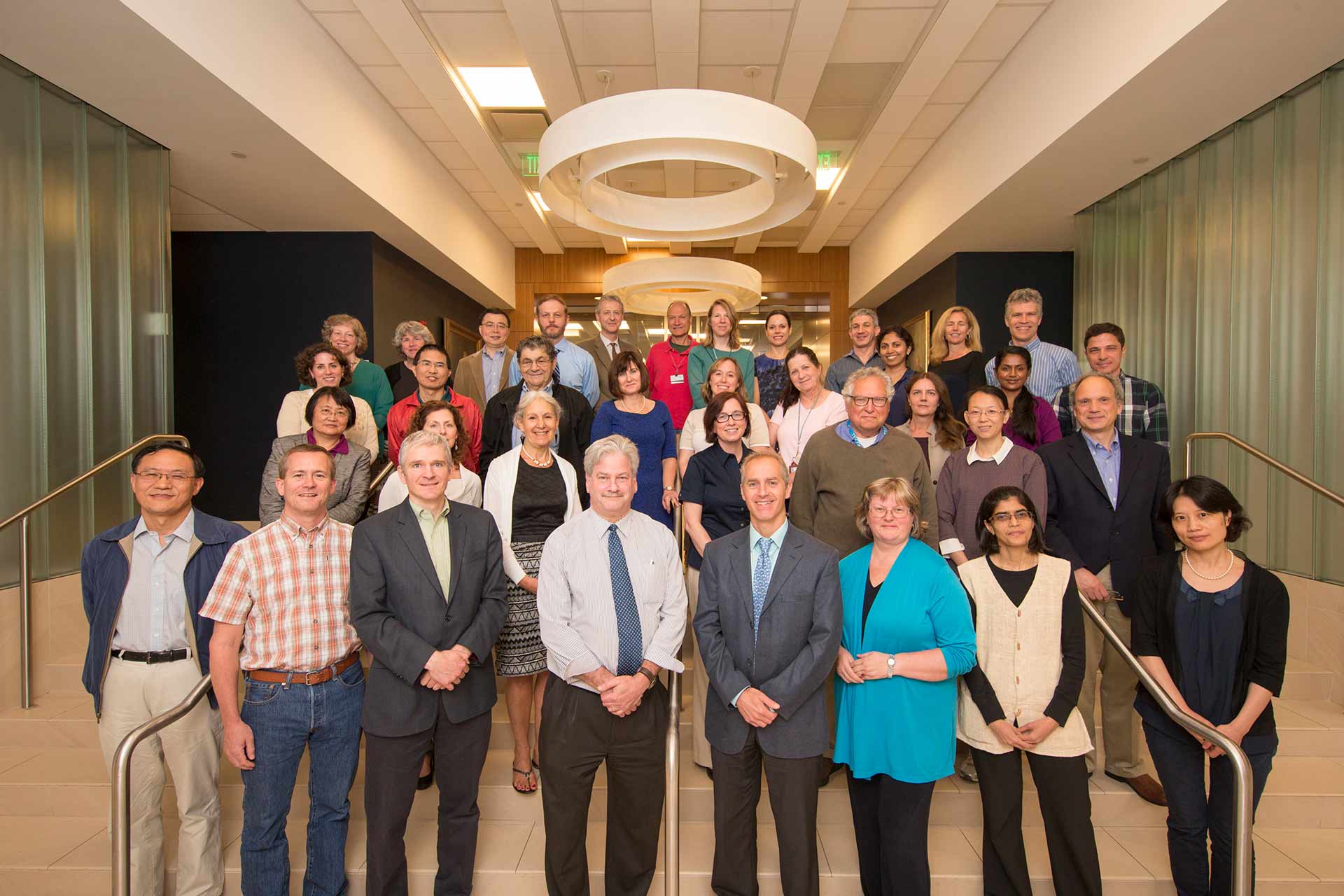 Teaching, researching, and making an impact

This year we honored Stanley N. Gershoff, the first dean of the nutrition school at Tufts and the matchmaker behind its unique marriage of science and policy for the betterment of world health. He died on March 11 at his home in Oakland, California. He was 92.

With the support of Tufts’ president—his longtime friend Jean Mayer, a nutritionist—Gershoff campaigned for the creation of the school, which opened in 1981 and eventually became the Friedman School of Nutrition Science and Policy.

Dariush Mozaffarian, the current dean, said Gershoff was a visionary leader and scientist. “He was also a gentleman and, throughout his life, a staunch supporter and advocate of our school. His legacy is remarkable.”

Forming an independent graduate school of nutrition was a radical idea in the early 1980s, when most nutrition programs were subservient afterthoughts housed in schools of agriculture, home economics or public health. As Gershoff told the Milwaukee Journal in 1981, “The problem with those arrangements is the scope of activities is very much dictated by the school it’s in.”

To counter that, Gershoff hired faculty with backgrounds in economics, psychology, international relations and other social sciences, hoping to tackle the real-life obstacles that stand between people and a healthy diet. He saw those barriers during his own field research in Asia, where he studied vitamin A fortification in Indonesia and amino acid fortification of rice in Thailand. Domestically, he visited poor Americans in their homes, where he discovered that many did not know about resources such as the Women Infants and Children (WIC) program, and that food stamp offices sometimes were not listed in the phone book. “One has to be a bit warped to provide a program and not inform the people it was designed to help,” Gershoff told a congressional committee in 1986.

Read More About His Legacy

Peter R. Dolan, A78, A08P, Chairman, Tufts University Board of Trustees, was honored at the 2016 Dean's Medal Ceremony at the Friedman School of Nutrition Science and Policy. Mr. Dolan has served on the Tufts University Board of Trustees since 2001 and was elected chairman of the board in November 2013. Before becoming chairman, he served in several leadership capacities including vice chair of the board, chair of the Presidential Search Committee, and as chair or a member of the Compensation, Academic Affairs, Administration and Finance, Trusteeship and Audit Committees.

Director of the Feinstein International Center, and Professor of the Practice, Greg Gottlieb, upon departing USAID, was given the Distinguished Career Service Award in July 2017. This honor is the highest Agency award and is only presented to individuals recognized as having distinguished careers upon their departure from the Agency.

Jerold Mande joined the Friedman School as our first professor of the practice in food policy and policy. Mande brings a wealth of experience- before coming to Tufts, he was the associate director of public policy at the Yale Cancer Center. In 2009 he was appointed by President Barack Obama and USDA Secretary Tom Vilsack as deputy under secretary for food safety. Before joining the Obama administration, he was the associate director for public policy at the Yale Cancer Center, and on the faculty at the Yale School of Medicine, where he devised a national model that leveraged state leadership to increase cancer prevention and control, including diet. Earlier in his career, as senior advisor to the commissioner of the Food and Drug Administration, he helped shape national policy on nutrition, food safety and tobacco and led the design of the nutrition facts label that now appears on virtually all packaged foods.

Norbert Wilson, professor at the Friedman School of Nutrition Science and Policy, has been elected as a director on the board of the Agricultural and Applied Economics Association.

Alice Lichtenstein, Gershoff Professor of Nutrition Science and Policy at the Friedman School, in May delivered the Hans Fisher lecture at Rutgers University.

Beatrice Lorge Rogers, a professor at the Friedman School of Nutrition Science and Policy, and Carole Ann Palmer, G69, a professor at the School of Dental Medicine, are the recipients of scientific achievement awards from the American Society for Nutrition. Rogers received a Kellogg International Prize in Nutrition Lectureship, supported by Kellogg Company, and Palmer received the Roland L. Weinsier Award for Excellence in Medical or Dental Nutrition Education, supported by the Dannon Institute. They were recognized at the society’s scientific sessions at Experimental Biology April 22-26, 2017 in Chicago.

Faculty at the Friedman School and the Jean Mayer USDA Human Nutrition Research Center on Aging (HNRCA) at Tufts are on the editorial team for a new open-access journal, Current Developments in Nutrition, developed by the American Society of Nutrition. They are Sarah Booth, interim director of the HNRCA and director of its Vitamin K Lab; Eileen Kennedy, professor and former dean of the Friedman School; Gerald Combs, an adjunct scientist at the HNRCA Immunology Lab; and Joel Mason, a professor at the Friedman School and a senior scientist in the HNRCA Vitamins and Carcinogenesis Lab. The journal will focus on research studies from the molecular/biochemical and cellular levels to whole-body metabolism, clinical health, fitness and population health.

The Friedman School of Nutrition Science and Policy in December was well-represented at the United Nations Food and Agriculture Organization and World Health Organization International Symposium on Sustainable Food Systems for Healthy Diets and Improved Nutrition. Professor Patrick Webb delivered the keynote address, calling for action to combat rising malnutrition that may affect half the world’s population by 2035. Orion Kobayashi, N17, a graduate student in Food Policy and Applied Nutrition, represented the views of North America in a student-led policy dialogue at the symposium.

Jeffrey K. Griffiths, a professor of public health and community medicine at Tufts School of Medicine and an adjunct professor at the Friedman School and the School of Engineering, and Jeffrey Mariner, V87, a research professor of infectious diseases and global health at Cummings School of Veterinary Medicine, taught a biostatistics course in the new One Health M.P.H. program at Hanoi Medical University in Vietnam.

Emily Finnan was the 2016 recipient of the Stanley N. Gershoff, Simon J. and Arpi A. Simonian Prize for Research Excellence in Nutrition Science and Policy at the Friedman School.